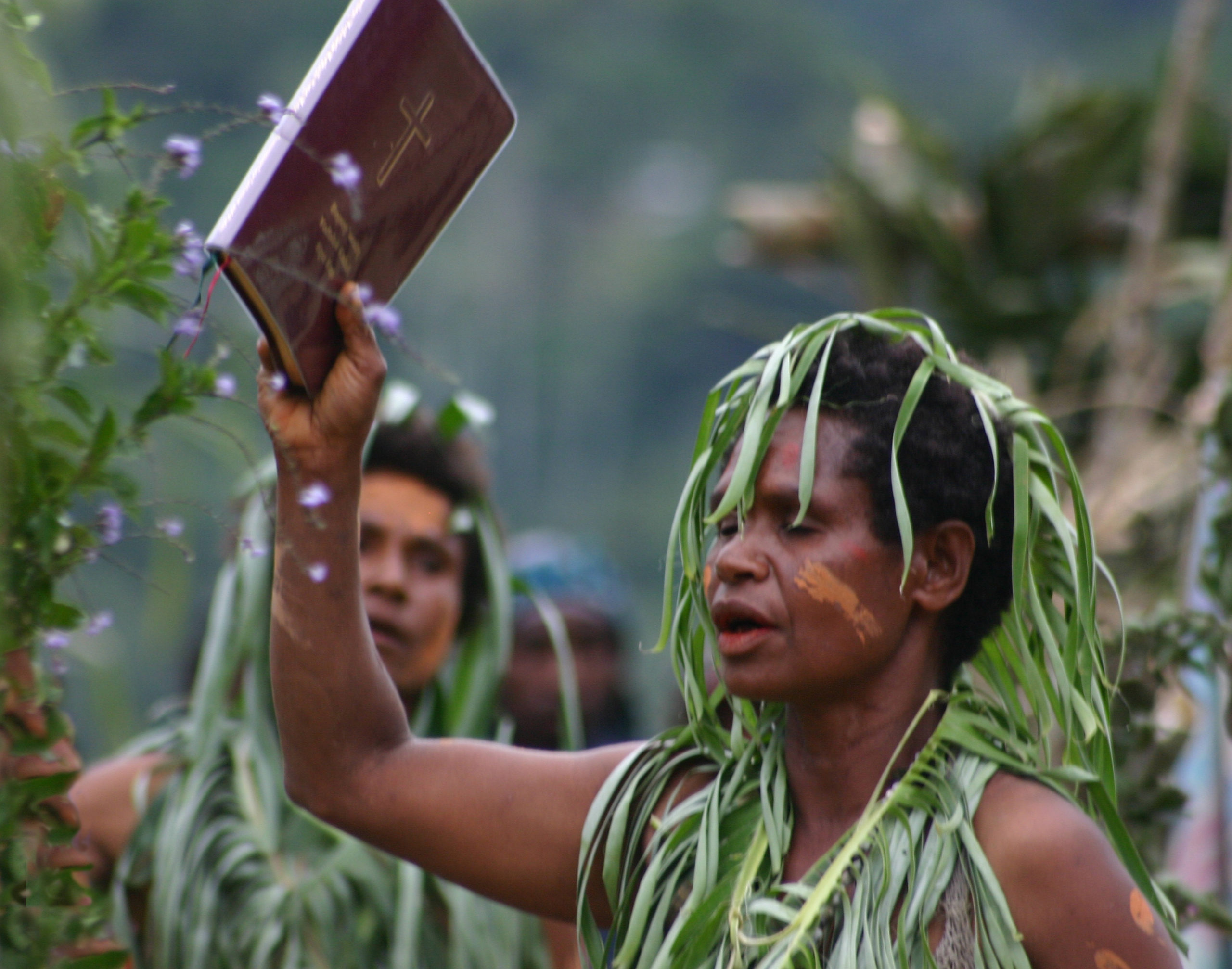 As subsistence farmers who garden the slopes of the rugged Saruwagged Mountain Range in Papua New Guinea, this ethnic group understands toil and tears. They pack heavy burdens of firewood, vegetables, and coffee beans up and down steep trails. Medical care and modern amenities are found only in the city. But, the people love their families and enjoy worshipping together. Soon, they will be reading the Old Testament promises as well as the New, and hearing the stories in their heart language.

Before David and Yohana Hynum and their children came to live with them in the late 1970s, the Numanggang language had never been written. Now schools have been established and literacy programs developed to teach the people how to read their mother tongue. The Jesus film was dubbed into Numanggang and the people continue to be deeply touched by the story. Since many may never learn to read and write, they would like to have the New Testament recorded onto audiotapes so they can sit around their fires together at night and listen to the Good News.